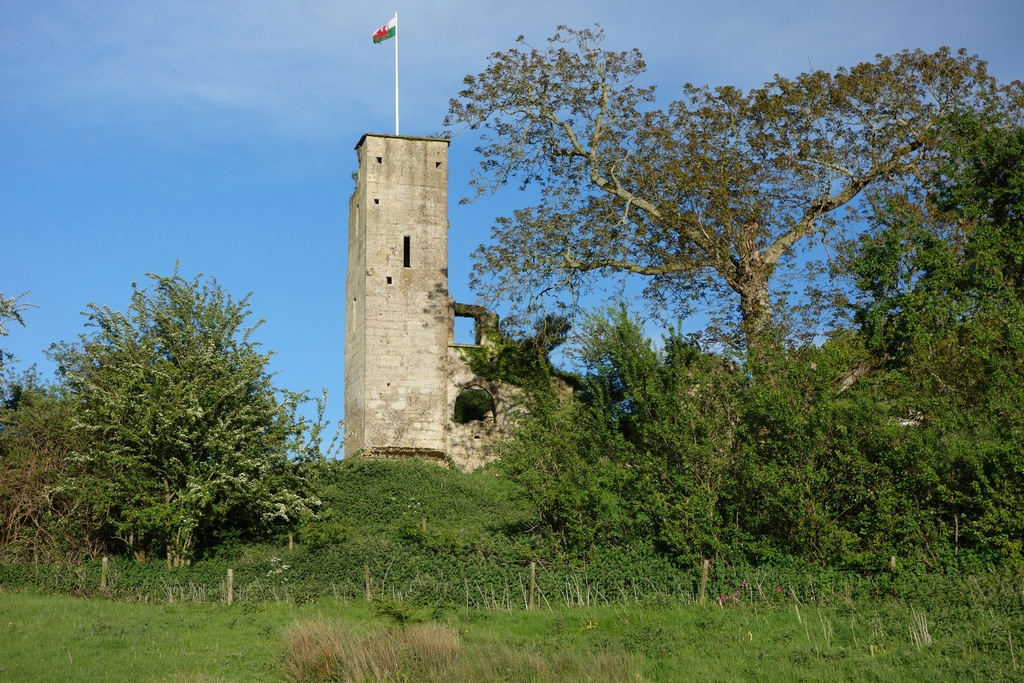 Bradenstoke Priory was a medieval priory of Augustinian canons regular in the village of Bradenstoke, Wiltshire, England. In the 1930s the property was purchased by William Randolph Hearst and some of its structures were used by him for the renovation of St Donat's Castle, near Llantwit Major, Wales.

Foundation and four centuries of life

The priory was founded in 1142 as the Augustinian priory of Clack, and dedicated to Saint Mary. It was well-sited on a high ridge near a holy well, with further springs nearby; there is some evidence that a chapel of the era of Henry I already existed at the holy well.

The founder, Walter FitzEdward de Salisbury, was the son of Edward de Salisbury, a High Sheriff of Wiltshire; he gave lands for a priory as a daughter house of St. Mary's Abbey, Cirencester, according to its charter, "to serve God forever!". After the death of his wife, he "took the tonsure and habit of the canons" and on his death in 1147, was buried in the Priory, near the choir. His descendants, the Earls of Salisbury remained closely connected with the priory for many years. In 1190 thirteen of the canons migrated to form the first community of Cartmel Priory, now in Cumbria, which had been recently founded by William Marshal, Earl of Pembroke.

Throughout most of its early history, the priory also enjoyed royal support, being granted a charter by Henry II sometime between 1173 and 1179; Richard I also lent assistance for the priory to break away from the abbot of Cirencester to become a priory in its own right, and King John, a frequent visitor, intervened to confirm this secession. This tradition continued with the grant of royal protection by Henry III, who visited in 1235.

By the 14th century, Bradenstoke Priory had gained wealth and lands in nine counties besides Wiltshire. This does not imply that the community lived in luxury or were corrupt. It was not a backwater, since in its latter years it had benefitted from the residence of its then prior, Thomas Wallashe, in the household of Cardinal Bainbridge, Archbishop of York, during his embassy in Rome (1509–1514), leading to grant of extensive papal privileges to the priory. 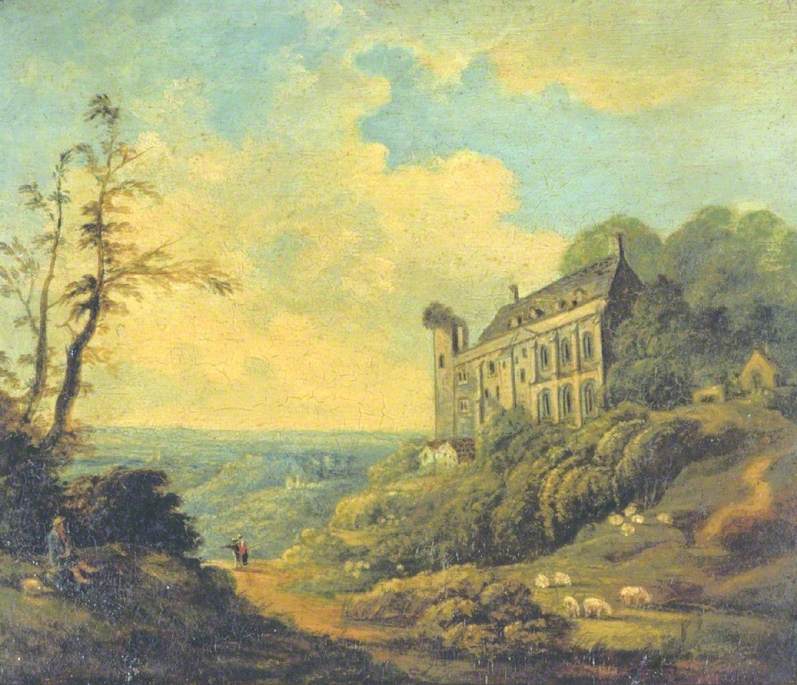 At first it seemed that Bradenstoke Priory would escape the Dissolution of the Monasteries, and the last prior, William Snowe, wrote to Thomas Cromwell thanking him for saving the monastery. However, the priory was suppressed as a religious institution and surrendered by prior Snowe and thirteen canons on 17 January 1539. At about this time, its total income was £270 10s 8d, or at least £212 in 1535. The property then passed from the Crown to a Richard Pexel (or Pecsall) and his heirs sold it to the Methuen family of Corsham.

John Aubrey described the priory as "Very well built, with good strong ribs", and having a cellar "the stateliest in Wiltshire". But he added "the very fundations [sic] of this fair church are now, 1666, digged up, where I saw severall freestone coffins ... and severall capitalls and bases of handsome Gothique pillars. On the west end of the hall was the King's lodgeings, which they say were very noble, and standing about 1588."

A grange farm at Lower Seagry, near Christian Malford, had been associated with the priory.

In 1925, William Randolph Hearst saw St Donat's Castle advertised for sale in Country Life magazine and cabled his English agent to buy it. He also bought and removed the guest house, Prior's lodging, and great tithe barn of Bradenstoke Priory; of these, some of the materials became a banqueting hall, complete with a sixteenth-century French chimneypiece and windows; also used were a fireplace dated to c. 1514 and a fourteenth-century roof, which became part of the Bradenstoke Hall, despite this use being questioned in Parliament. The demolition of the Priory had been strongly opposed by the Society for the Protection of Ancient Buildings, including a poster campaign on the London Underground. The tithe barn was crated and sent to Hearst Castle, San Simeon, California, and sold again when Hearst lost interest. The crates with the barn's roof timbers are stored in a warehouse of Alex Madonna Construction of San Luis Obispo, California.

All that remains of the priory in the 21st century are its tower and undercroft, the latter being identified by English Heritage in its 1996–97 programme as being at risk and requiring emergency remedial works. It was announced in 2005 that the Department for Environment, Food and Rural Affairs would finance a programme to preserve the orchard and landscape around the remains 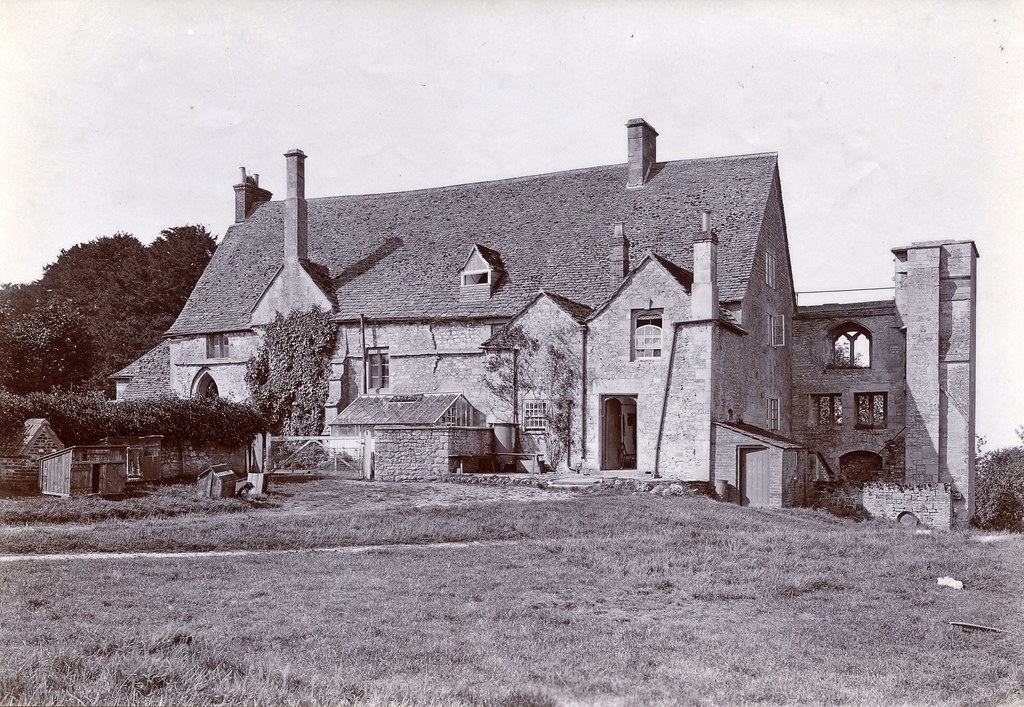